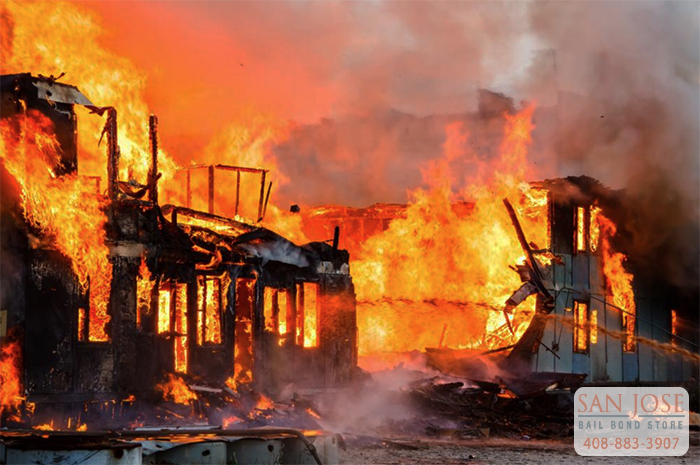 As high winds and dry weather buffet the state of California this fall, utility companies such as Southern California Edison and Pacific Gas and Electric (PG&E) are taking drastic measures to prevent any wildfires from being sparked by their equipment. Primarily, these utility companies are issuing controlled blackouts.

These blackouts shut-off power to high risk areas. The idea is that if a power line is downed by the wind, there won’t be any electricity flowing through it to spark a new fire. This all comes from the past few years where both companies have been found responsible for several large brush fires that burned across California.

Unfortunately, for a lot of people, this means going without power for a day or longer. This is incredibly inconvenient and frustrating for millions of Californian residents. While no one is happy over this news, a few have taken things too far. Some people have become so frustrated by these outages that they are breaking laws.

Two separate incidents surrounding PG&E have occurred over the last week. In one incident, someone threw eggs at one of the utility company’s offices. The assumption is that an angry customer hurled the eggs at the office’s front door in retaliation for the blackouts. Police are currently investigating the incident.

In a separate incident, someone shot at a PG&E truck while it was driving. The PG&E employee was driving a marked vehicle when a white pickup truck pulled up next to the vehicle. The PG&E employee says he then heard what sounded like a gunshot and the passenger window of his truck shattered. A California Highway Patrol (CHP) investigation confirmed that a bullet did shatter the window of the truck. An investigation is underway to find the culprit.

Luckily in both incidents, no one was hurt.

Whether it is shooting at a truck with a person inside it, or throwing eggs at an office building, both acts are illegal.

Even though the idea of “egging” a building seems harmless, it can be considered a violation of California Penal Code (PC) 594. PC 594 is California’s vandalism law. This law prohibits anyone from maliciously defacing, damaging, or destroying someone else’s property. While the eggs don’t cause permanent damage, they do cause enough damage that they require the repair of washing the building. Plus, the eggs were likely thrown maliciously. This is why egging qualifies as vandalism.

Since the damage done was likely under $400 dollars’ worth of repairs, the person who threw the eggs will face the following misdemeanor penalties:

The shooting incident is more obviously illegal. Everyone knows that it is a crime to fire a weapon at another individual. In this instance, the person who fired the gun at the PG&E truck can face assault with a deadly weapon charges under PC 245. This is a wobbler offense, meaning it can be charged either as a misdemeanor or as a felony. If charged as a misdemeanor, the person faces up to one year in jail. If charged as a felony, the person faces a jail sentence of one of the following lengths:

As these weather conditions continue into fall, it is safe to assume that there will be more controlled blackouts like this. While this can be incredibly frustrating, no one should lash out in this way. Throwing eggs and firing weapons at people will not be tolerated here in California.

If a person is mad at how a company is operating, they should file complaints with the company itself, or the appropriate government agencies. By doing this, there is a better chance that things will get changed, and no one has to get hurt in the process or wind up in jail.