At Santa Clara Bail Bonds we set the bar even higher! You can rely on us to get you through the bail process with our fast and affordable bail options! Do not let the cost of bail prevent you from rescuing your loved one. 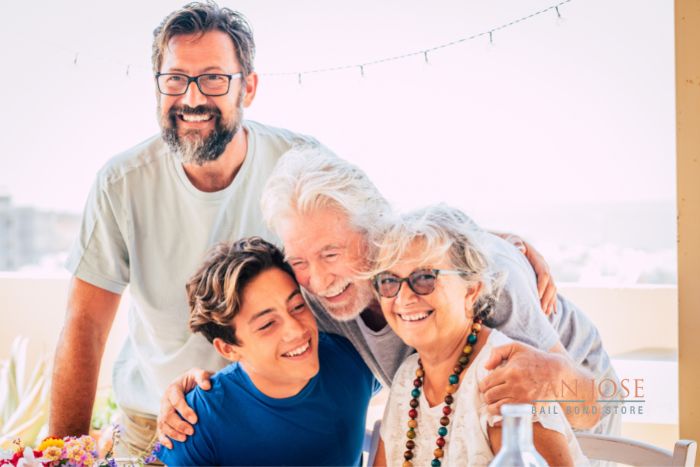 As soon as you find out that your friend or a family member has been arrested, call our office to speak to one of our trained bail agents. We have agents located across California, which allow us to always be there for our clients when they need us most. If you are in need of posting bail in Santa Clara County but aren’t able to come up with the full amount of the cost on your own, contact San Jose Bail Bonds. We’re an experienced, bail bonds company that wants to help you or your loved one get out of jail and be reunited with your family. We provide personalized payment plans with zero-interest financing to all of our clients. This breaks up the cost of the bail bond and spreads it out over several months, making it more affordable.

reasons why we’re California’s most popular bail bonds service, including: 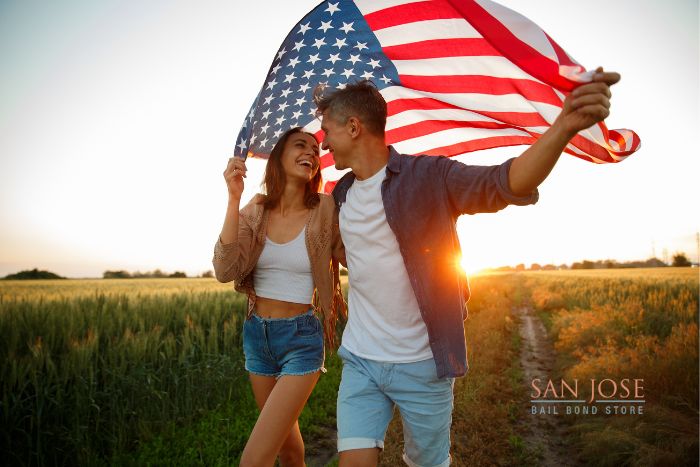 Can You Be Bailed Out When You're Arrested During the Fourth of July Holiday?

As if getting arrested wasn’t already bad enough, you’ve managed to get arrested during the Fourth of July holiday. Not only does this mean you’re losing out on valuable time that you’d planned on spending with friends and family, but it also means wondering if it’s even possible to be bailed out during the holiday weekend.

The answer to whether you can be bailed out of jail on a holiday weekend isn’t easily answered. The truth is that there are a few different issues that can complicate the process.

If it’s a first-time offense on a non-violent crime, you’ll likely be released on your own recognizance right away. When no bail money is required, there’s no reason for the jail to hold you. The only thing making you stay does is make an already crowded and busy jail even more crowded.

If you’re arrested for a crime that happens to have a set bail attached to it, you’ll also be able to contact Bail Bonds in Santa Clara and get released fairly quickly. When this happens, you might spend a little time inside a jail cell while you wait for the contract to be signed and for us to deliver the bail bond check, but it shouldn’t take too long.

Where things get complicated is if a bail hearing is required before your bail is set. If a hearing is required, there will be a delay and you should expect to spend at least a few days in jail. The issue is that because the Fourth of July is a federal holiday courthouses throughout California are closed. Many of the judges use the holiday to enjoy a family vacation. Because so many people are arrested during the Fourth of July holiday, many bail hearings will likely take a little longer than normal to schedule once things open back up.